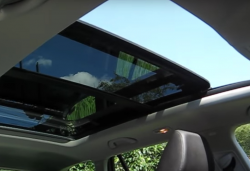 The lead plaintiff that submitted a nationwide class-action against Volkswagen for defective sunroofs has had a change of heart? He has requested a voluntary dismissal of the entire lawsuit which was filed back in April of 2020. Sounds like someone got a new sunroof behind closed doors.

The case had plenty of merit. It's widely believes that the plastic channel around VW's sunroofs can crack, allowing water to leak into the car's interior. The cracks forms because of a difference in expansion rates between the channel and the steel reinforcement plates that hold it in place.

Once inside, water wreaks absolute havoc. It soaks the headliner, causes a dangerous amount of condensation on the inside of the glass, and can even fry sensitive electronics. In extreme cases owners have even said the car would brake on its own because one of the sensors got wet.

There are no less than 12 technical service bulletins and a whole slew of "tech tips" that VW has sent to its dealerships. Yet, to date, they've done very little to correct the problem.

This lawsuit was trying to change that, until it was dropped. Let's hope someone else picks up the pieces and moves forward.

The best way to find out what's wrong with a vehicle is from the people who drive them. Not only do owner complaints help us rank vehicles by reliability, but they're often used to spark class-action lawsuits and warranty extensions. Plus, they're a great way to vent.